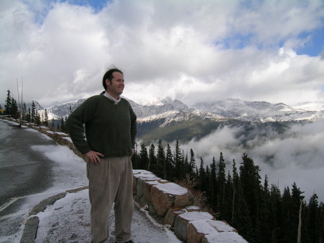 Eric Honour (b. 1970) is an associate professor of music and director
of the music technology program at the University of Central
Missouri. He holds degrees in saxophone and composition from the
University of Florida and Northwestern University. He studied
composition with Stephen Syverud, M. William Karlins, Jay Alan Yim,
Alan Stout, and Budd Udell. His music has been heard throughout the
United States and in Europe, including performances on numerous national and
international conferences and festivals. His work has been published by
Roncorp and is scheduled for release on Capstone Records as part of the SCI
Performers Series of compact discs. His work as an audio engineer is
in demand, with recent credits on albums released by artists based in
London, Greece, New York, Kansas City, and Virginia Beach.